For a variety of reasons, including health, family visits etc. we decided not to make our usual summer trip to Europe this year.  Instead we have spent short periods touring around UK.  The first trip was to visit Cambridge and meet up with our son who got a couple of days off while over here working. 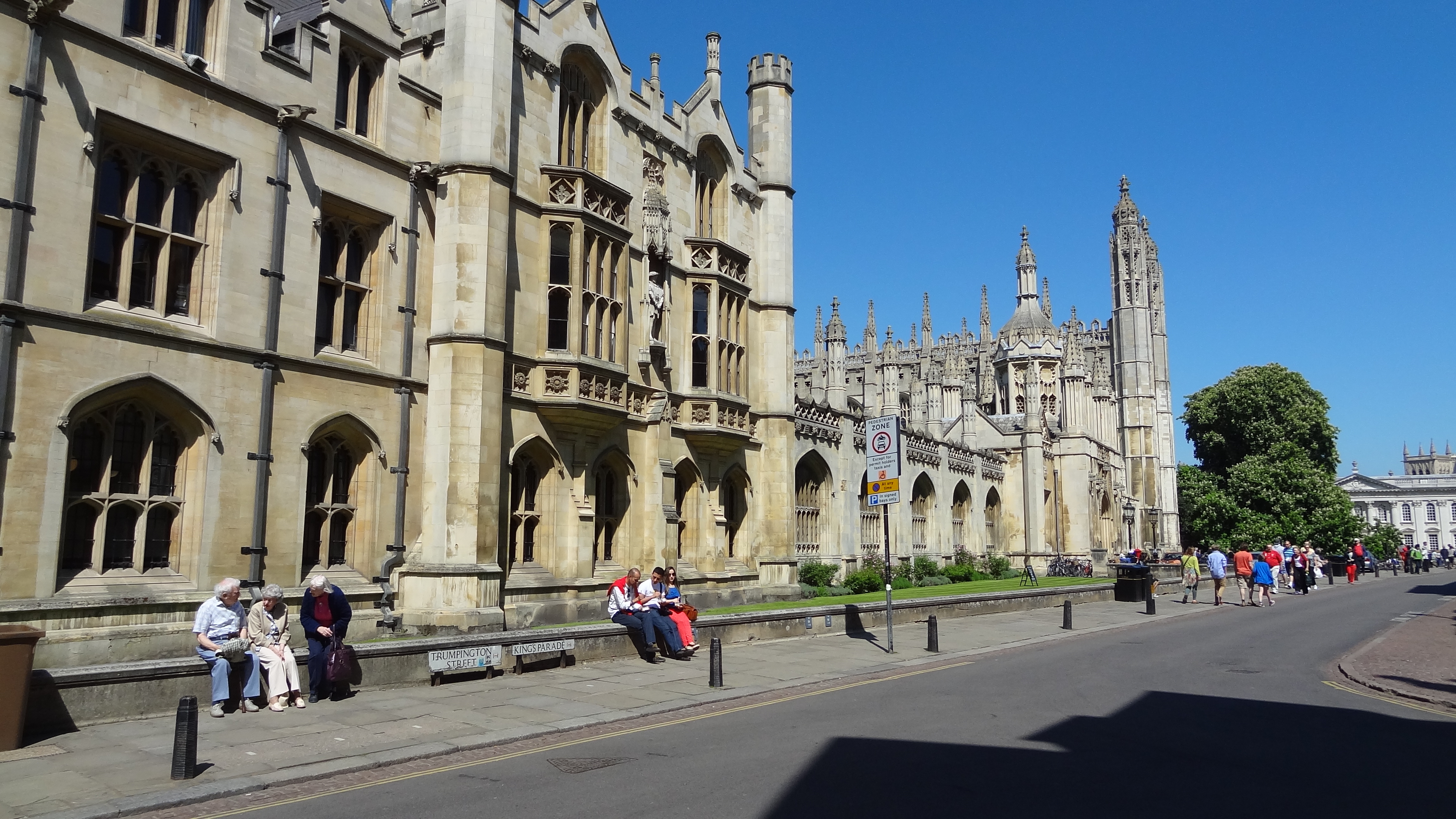 It was great to discover that from our C&CC site we could cycle into the centre of Cambridge by using the old railway line that has now been converted into a local bus service that appeared to be driverless.  We don’t know that for sure but as the track was built up either side then the bus was not going anywhere other than along the track.  Unfortunately the project was not complete during our visit so we will leave it until next time to check it out.  Having been to Cambridge several times we knew how to get around and see the best bits without too much hassle.  We took in a couple of the colleges and did the obligatory punt on the river. 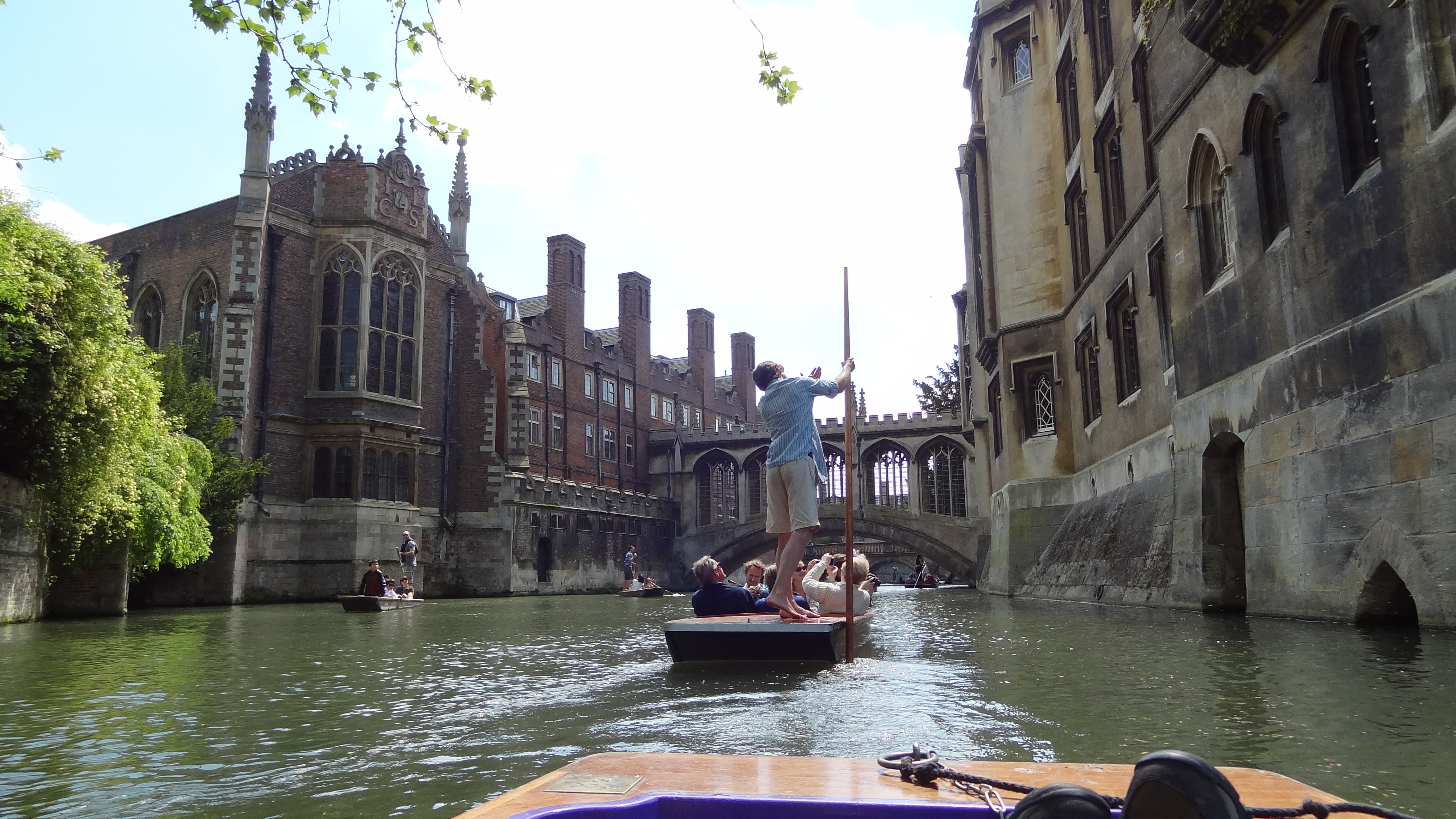 We ate lunch out overlooking Kings college and BBQ each evening.  The weather was perfect until the last day when it  simply poured but by that time we were already packing up to go back home.

Our next trip was to Sandringham to meet up with our long time friends Jenny and Neil.  We have been meeting up with Jenny and Neil for over 40 years however  12 years ago Jenny suffered a massive stroke leaving here badly disabled.  The last 5 years Neil has booked them both into the Lenard Cheshire home – The Park Hotel and we have stayed on the nearby Caravan and Camping Club site.  The Park Hotel is famous for a number of reasons, one being the birthplace of Princess Diana and another is the hotel is specially equipped to cater for the severely handicapped.  Neil has a specially adapted car that Jenny can be accommodated in her wheelchair while still allowing the three of us to travel.  Over the years we have visited many of the sights around the area and its great to get both of them out and about.  This year we timed our visit to co-inside with the Sandringham Flower Show.  This is a particular favorite of Jenny’s as she gets to meet both Charles and Camilla as well as one or two guests. 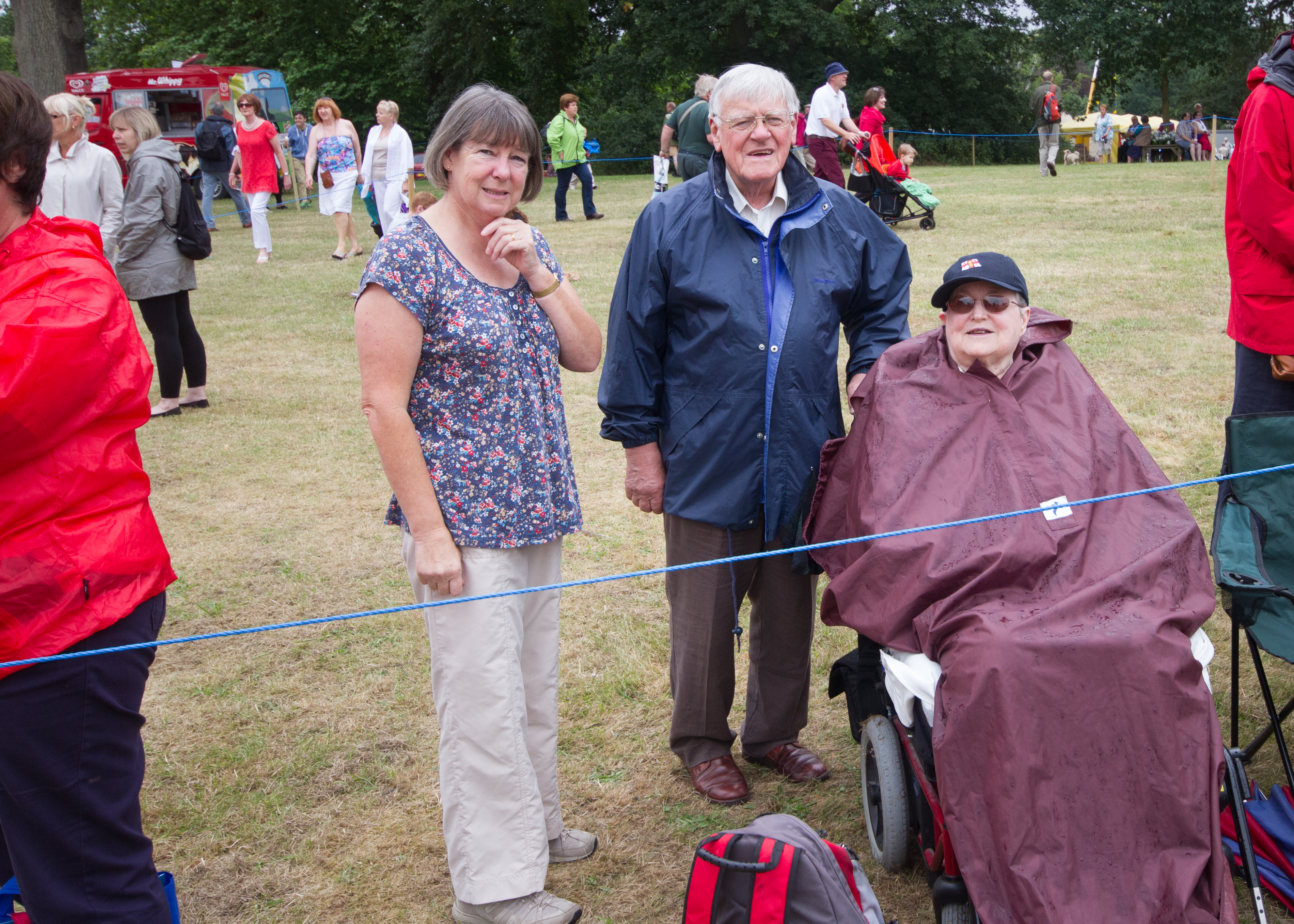 This year was the turn of Judy Dench (not a smile or wave to the crowd) and Maggie Smith.  Although the day went well it just happened to be the wettest day of the month and waiting around for two and a half hours for Charles to arrive in the rain didn’t help.   We always take the bikes with us and often go for a ride in the mornings while the nurses sort out Jenny.  Sandringham Estate has plenty of cycle tracks and is a lovely area to see.  With a sandy soil even in bad weather the tracks remain usable. 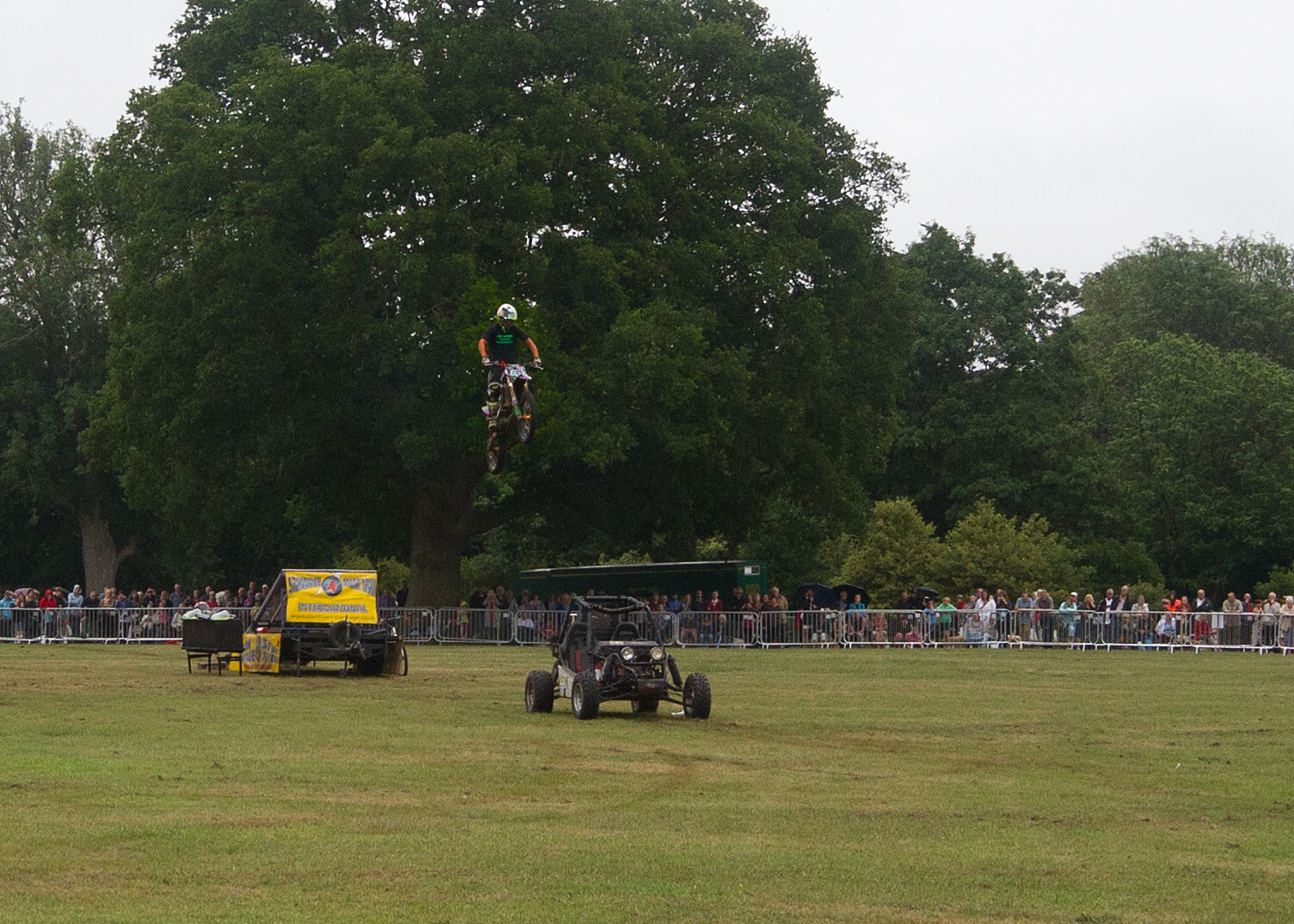 The Flower Show isn’t just flowers there are all sorts of entertaining side shows, including a family stunt team.  The son rides motor bikes and leaps over quad bikes while the father climbs a tower and jumps 50 feet while covered in fuel. 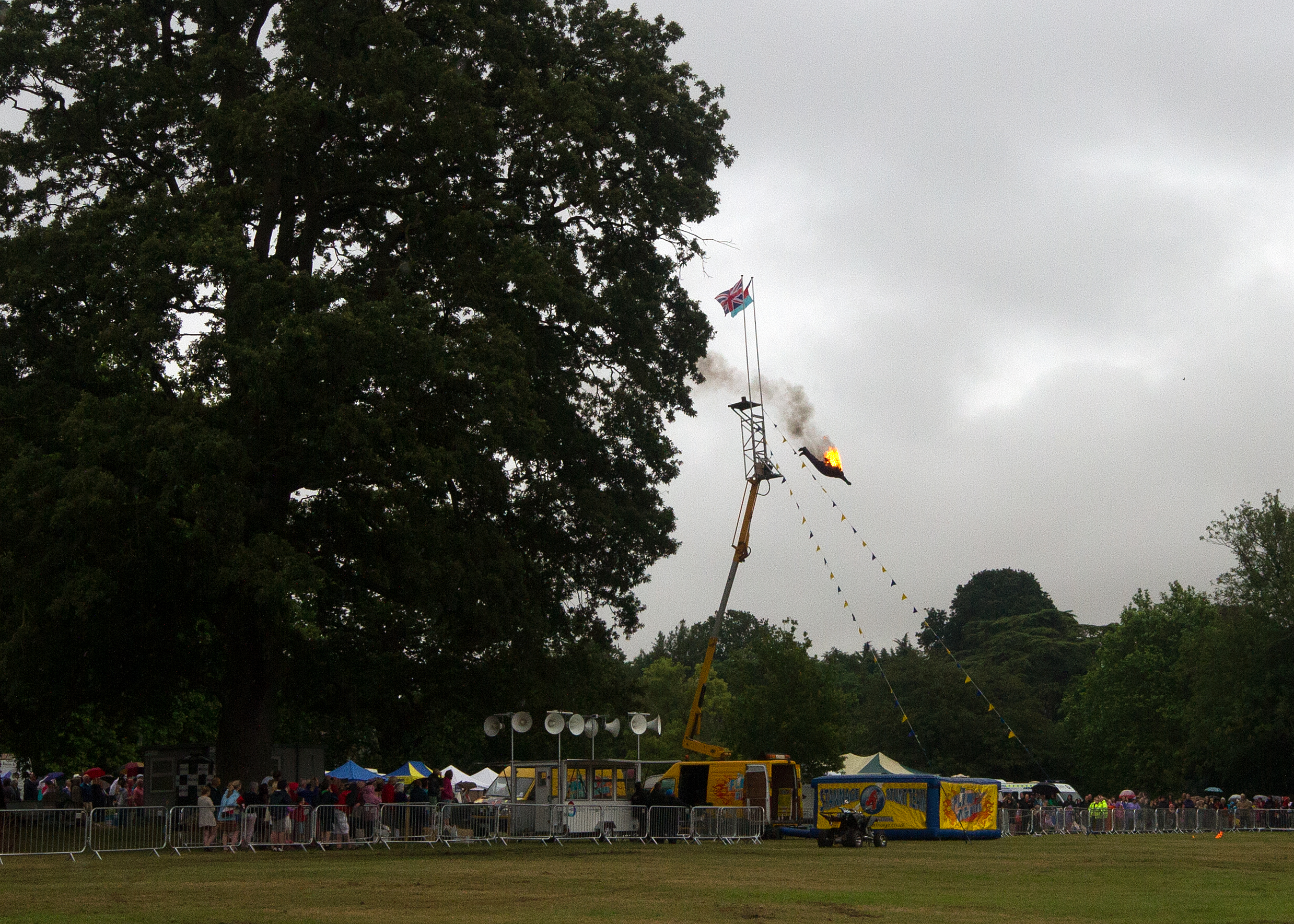 There are sheep dog trials, brass bands and several displays by the armed forces.  We always finish the week with a meal in the Park Hotel before heading back home.

Our next couple of UK trips took us to Benton Cliffs to see the Puffins (with the hope of seeing a few pufflins) and the surrounding coastline from Flamborough Head to Whitby and then heading inland to Goathland and the Heartbeat country.  On our previous trip to Benton we didn’t see a thing as the sea mist completely blotted out the area with only a few meters visibility.  This time we were blessed with clear blue skies and warm weather.  We saw plenty of Puffins but the experts said we were too early in the year for the Pufflins.  Better luck next time. 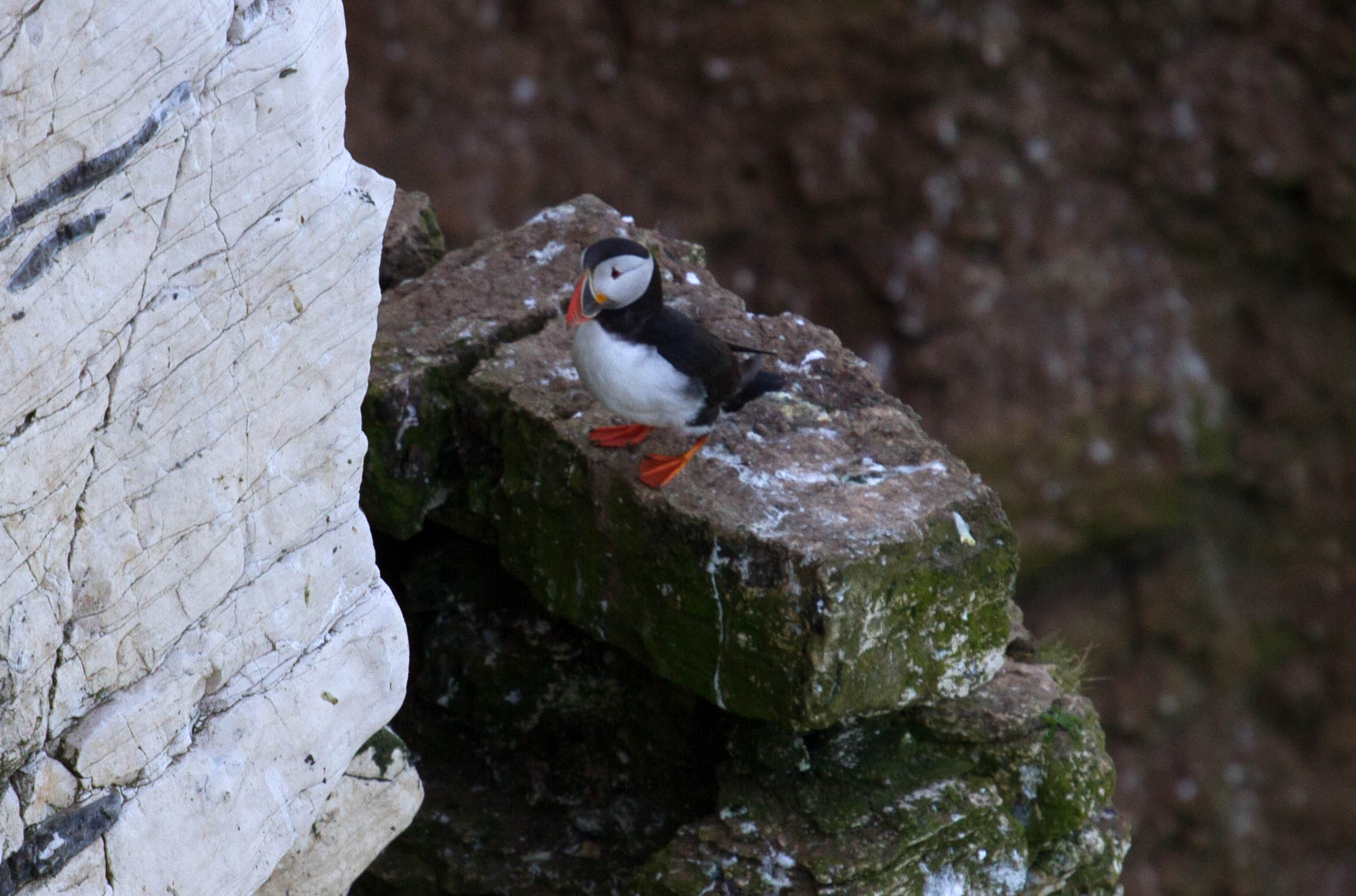 We were surprised to discover that all filming of the Heartbeat series has finished – permanently and that the props etc. have been dismantled. 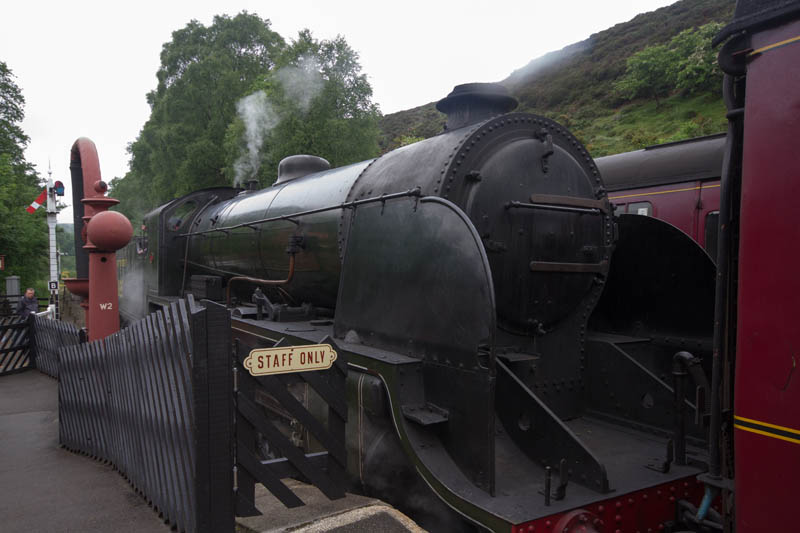 This hasn’t stopped the locals from cashing in on the publicity, nor has it stopped the tourists from arriving by the thousand to look around the area. 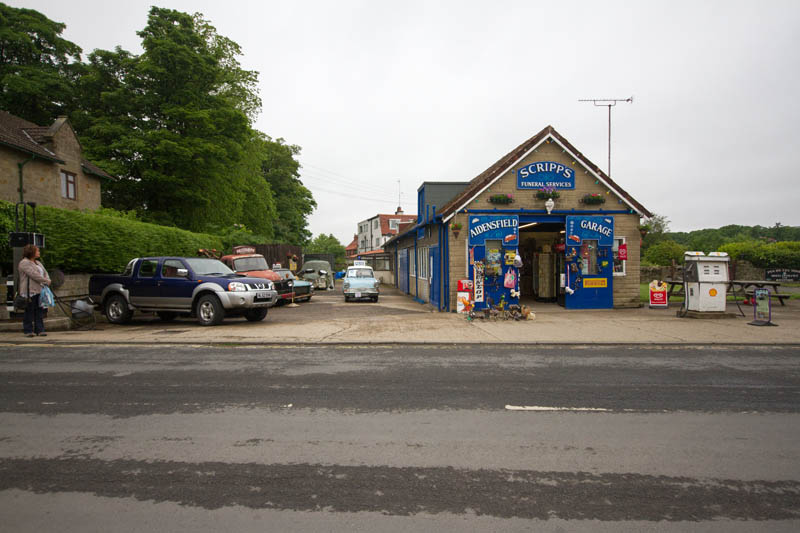 It was very nostalgic to visit the railway station and see the old steam trains still running between Pickering and the North York Moors.  There are numerous walks or bike rides around the Goathland area and several places to park up the motorhome.

We spent a few days in South Wales visiting our long time friends near Swansea.  They took us to see the Dolaucothi gold mine – not working now though but interesting place to see the history of it all.  Part of the National Trust who conduct guided tours around the workings and there are opportunities to “go underground”  This mine had been in use from Roman times until the 20th century.