It always seems to me that the British camper van clan all travel to Spain or Portugal for the winter.  Now I’m sure that’s not the case that all UK camper community go there as we have met up with many folks on our travels in Italy and France, even in Germany during winter.   If you can’t beat em join em.  So this winter we decided to try out Spain – not too far you understand but the intention was to travel as far as Malaga, spend some time getting to know the area and maybe next year we would go further.

We set off after breakfast as usual, calling in to see our friends in Brentwood, reaching the tunnel around 6pm and Calais around 9pm.  We travelled down to the Aire de la Baie de Somme for the night sharing the area with 4 other brits.  After an early start we decided to get a couple of hours under our belt before stopping for breakfast.  We had a good run down and spent our second night at the Aire in Millau.

Millau Bridge from the service area 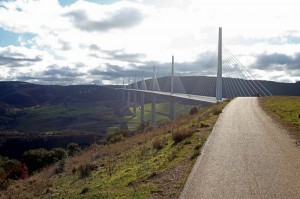 Millau is a nice place to use as a base as it is a collection point for each of the gorges that end near Millau.  The Tarn gorge being perhaps the most famous.  Unfortunately we can’t take our camper down the Tarn gorge as we are too high for the bridges – 3.2mtrs limit – so beware all you camper folks with tall vans.  The bridge over the river Tarn is the highest in Europe and at over 1000mtrs long must be amongst one of the longest.  For sure it is a spectacular sight when viewed from any angle.  Our favourite is in the evening if you walk up towards it from the town centre and catch the sun setting then it can be a great photo.  Early in the morning when the mist covers the tops of the structure can also be very atmospheric.

From Millau we continued down the A75 to stop of for a few days at one of our favourite spots – Gruissan.  We use Gruissan as a resting place for a few days as it always seems to us to have a micro climate of its own.  Here we bumped into some friends that we have met on our travels – Sandy and Pete.  They had been here a few days and were moving on but had not decided where. 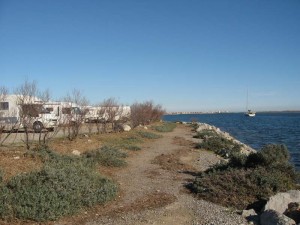 We stayed here 4 days as the weather was great and we did our usual walk around the L’Etang with our Border Collie Chase who was still recovering from an operation the previous December.  From here we moved on to Leucate plage where surprise surprise we joined up with Sandy and Pete again.  Sandy bakes a wonderful fruit cake where the fruit has been soaked in Brandy for at least 7 days.  We spent a couple of good nights putting the world to rights and drinking wine.  Unfortunately on the third night the wind gained in strength and we had a rocky night with quite strong gusts and a noticable drop in temperature.  After cycling along the coast to the next town – Port-Leucate to try out the local oysters and sample their wine and cycling back via the Leucate village centre we discovered that the Tramantal wind was set to blow for the next 5 days at least. 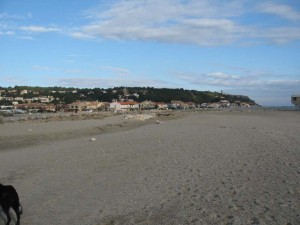 We made our farewells to Sandy and Pete and set off for Spain and the hope of better weather.  We travelled down to Villanova and stopped at the campsite Villanova Park for a couple of days.  This is a huge campsite with spaces for around 1000 campers.  It is set back from the coast and there is a bus service to the beach from outside the campsite entrance.  Unfortunately they wouldn’t take dogs on the bus so we decided to walk down – to this day I don’t know if we went the right way but it took us all day to walk down and back having spent only an hour or so on the beach.  Villanova Park is too big and commercialised for us so we moved on and made our next base at Peniscola.

Peniscola is a nice resort that is split into old and new.  The old town encompasses the harbour and fish market where the local fishermen offer their catches to the locals with some good bargains available to those that don’t mind what the fish look like or what they arwe called.  The old town was pretty deserted during our stay in late Jan.  The new town was pretty deserted also but that may have been due to the large number of blocks of holiday flats and hotels all closed up for the winter.  We parked at the Camper Van parking place at the northern end of the town, set back some 100mtrs from the beach. 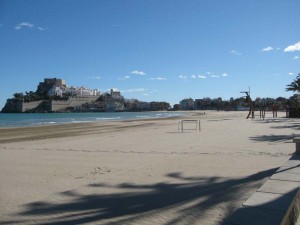 We cycled into the town centre every other day, and walking into town on the opposite days.  While the sun came out we just couldn’t escape the wind that was still blowing from the North East.  We met several Brits returning from the south who stopped over night in Peniscola and all without exception complained of the poor weather of wind and rain during their stays further south.  Frequent comments of “coldest/wettest/windiest January in memory” filled the topics of conversation.  We stayed at Peniscola for over a week and each day in the hope of lull in the wind strength – all to no avail.  By this time Chase, who had been ill before we left,  had stopped responding to treatment and on contacting the Vet a new course of medication was prescribed and was sent to our friends who were due in the South of France the following week.  After looking at the French Provence forecast, we decided that enough was enough and so we set off back up to France, staying overnight at Sitges on the Sitges camping site. 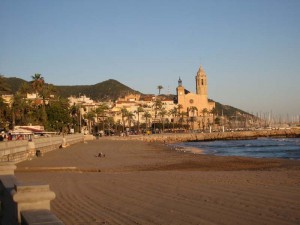 We strolled into the town in the afternoon and stayed until the early evening.  Sitges appeared a nice place but raised a few eyebrows from our son when we got back.

We stopped at Port Vendres for a few days again in the hope that the wind would decrease however that was not to be and in fact the wind speed increased significantly with speeds of over 150 kph recorded at the local Coast Guard station on the hills avove the town.  The wind chill caused a major upset on the AIre where we stayed as all the camper vans experienced frozen water pipes and tanks – all that is except us.  We did consume over 100 ltrs of LPG in a little over 12 days though. 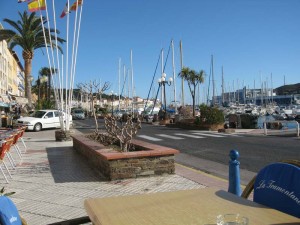 Port Vendres is a nice town with a very active port.  We walked up over the cliffs into Callioure with its sheltered harbour and old streets.  From the Aire there is a lovely walk up over the cliffs to the Coast Guard Station where you can see down the coast into Spain – in better weather we would have enjoyed it more.

Callioure from the cliff walk 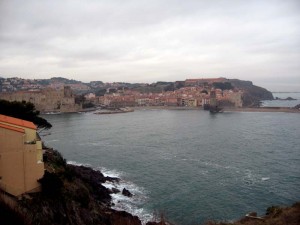 With a weather forecast stating the wind would continue for at least another week we decided to move over to Le Lavanou to the eastern side of Marseille, arriving to calm winds and clear blue skies in the late afternoon.  Peace at last.     Le Lavandou is a place that we would love to retire to as it has a good social life all year round.  While there are lots of holiday flats around  the town centre is bustling all year.  One of our favourite activities is the watch the Boule matches on the promenade with either a coffee or beer in our hands.  There are several walks around Lavandou, one very attractive walk takes you from Le Lavandou round the headland into St Claire and beyond.  You can’t get closer to the sea than that.  There is a bus service from the town centre up to Borme Les Mimosa with walks up behind to the ridge where the view is breathtaking. 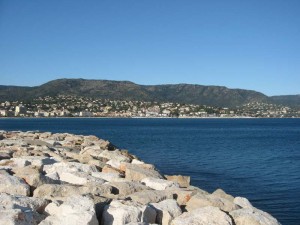 The restaurants are reasonably priced and mainly open all year.   We intended to stay at Le Lavandou for over a week before heading north towards home but Chase had a turn for the worse and our friends who were bringing down more medication for him had to cancel because their camper broke down.  This left us without the new drugs prescribed by the Vet so we decided to cut short our trip in order to get Chase home.  We broke the journey by stopping off at Viviers just to the west of Orange, then into Bonny-sur-Loire to get Chase’s passport stamped, then a dash for Calais.

Note: The cost of LPG replresents a whole year of camping car use not just 36 days

Sadly our Border Collie Chase passed away two days after we got home – 7 years and 4 months.  Such a short life. 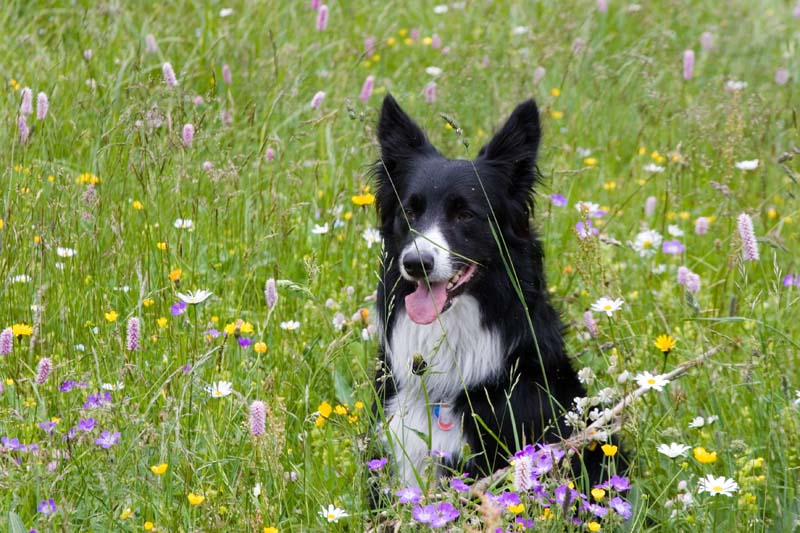