Well signed off the N10 and close to the town centre.  Good facilities on site and located within a walled area.  On site restaurant delivers food to your camper van.  Site gets very busy even in winter so an early arrival is advised.  Campers were parked on the roads around the site during our visit making an early departure problematic. 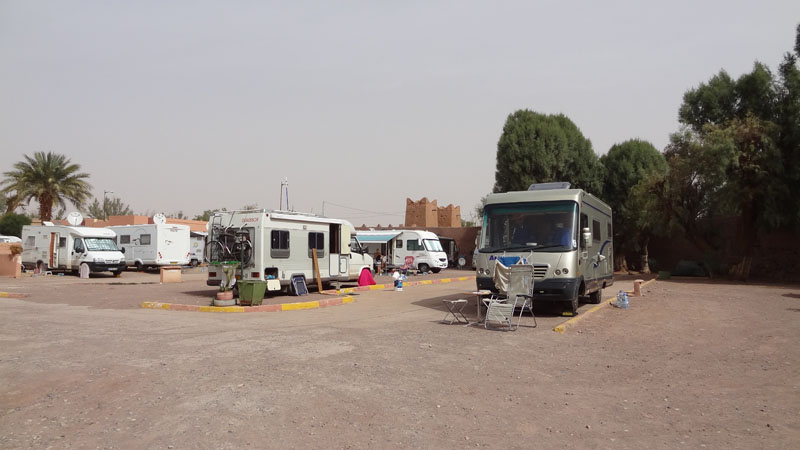 Ouazazate is at the head of the “route of a 1000 Kasbahs” and has a part restored Kasbah open for viewing.  The Atlas Film studio is nearby with a museum of the studio where films such as Lawrence of Arabia and Cleopatra were filmed